Using noble gases can be cost-effective

Depending on the type of application, various methods can be used to detect leaks that have been caused e.g. by material defects, improper processing or assembly – from simple water dip tests via differential pressure testing to leak tests with various test gases. Helium is a commonly used inert gas, as it offers a multitude of advantages. It exists only to a low extent in ambient air and can be evidenced easily. Helium is also non-toxic and odorless and does not react with other materials. It’s most important feature however is the small atomic radius that allows quick tests and detecting even the smallest leaks.

These features are also used by Daikin. Since its establishment more than 80 years ago, the Japanese company has become one of the world’s leading suppliers of advanced air conditioning technology. The company’s European business operations are managed from Ostend in Belgium since 1973. Likewise, one of the company’s largest production site for cooling and heating units is located in Ostend.

Leak tests have always been a key aspect of the Belgian production site’s quality assurance. The operation of air conditioning equipment involves the use of fluorinated greenhouse gases that can have a significantly higher impact on the climate than CO2 when escaping into the atmosphere. The systems manufactured by Daikin are therefore subject to particularly demanding leak tightness requirements; a.o. required by law.

All units are controlled through a test gas procedure in the context of a comprehensive test in order to avoid any and all leaks. “Each test sample is subject to the test gas. In case of an undesired gas leakage the component is considered to be defective”, Davy Van Rossem, Daikin Europe N.V., explains the test process principle. What sounds simple, can only be put into practise with highly-sensitive test technology. The test body is led into a test chamber for testing and connected to a test gas pipe. The actual leak check is performed by a leak testing unit which registers escaping gas molecules up to the ppm (parts per million) size range. During this local test procedure, an employee moves the test probe along the test unit in order to detect and localise eventual leaks.

R22 (difluorochloromethane) was previously used as test gas. Meanwhile, this coolant gas has been banned across Europe due to its environmental impact. Daikin has replaced R22 with helium. In order to control the costs due to the extremely expensive inert gas the test method has been enhanced by a helium recovering unit: The precious gas is recovered nearly completely and reused. The gas experts of Witten-based WITT-Gasetechnik provide the technological core of this plant.

Martin Bender, Sales Manager at WITT, explains the new process: “The test plant with integrated helium recovery/treatment now features a closed loop operation. WITT gas mixers help to generate a mixture consisting of 20% helium and 80% nitrogen, which is densified by compressors and led with a pressure of up to 42 bar into the component to be tested. Subsequently to the test, the used gas is captured, cleaned and led into a balloon with a capacity of up to 40m3, which serves as a buffer storage. We then use our analysis system to measure the remaining helium content in the balloon and add helium as required. Once the optimal mixture has been re-established, the gas is fed back into the test circuit – fully automatically.”

The mixing ratio must remain constant during all phases of the test procedure in order to make a final assessment concerning eventual leaks. State-of-theart sensor systems are used to ensure that this requirement is met. The helium percentage is determined by using a measuring cell operating according to the thermal conductivity principle. A paramagnetic measuring cell is used for the oxygen analysis.

The process accuracy and the interaction of the components are the main technological challenges. For the Daikin project, WITT has combined its proven individual solutions for analysing, mixing and dosing gases in a complex overall solution that features high precision and reliability and represents state-of-the-art technology.

A total of 19 test lines for various device sizes have been integrated into the test plant. Around 100m3 of gas per hour pass through the system circuit. Nearly 2000 units are leak-tested daily and delivered by the Daikin Europe N.V. site in Belgium. Each unit is tested twice which means about 4000 tests a day. 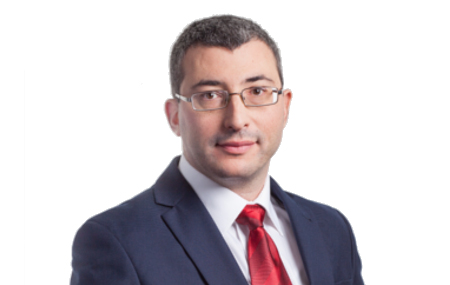